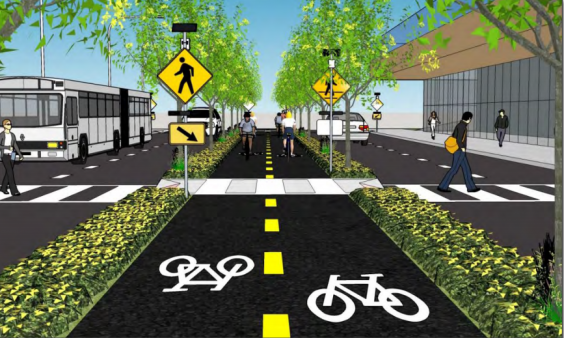 NOACA allocated $6.1 million for the the Lorain Avenue cycle track, which would run along the North side of Lorain Ave. between West 20th and West 45thStreets, and the South side from West 45th to West 65th. The cycle track is part of a larger plan that would continue to W. 85th Street. NOACA also allocated $8.3 million for the Midway, which would extend 2.5 miles along the middle of Superior Avenue from Public Square to East 55th Street. The Lorain Avenue Cycle Track and the Midway would be the first major protected bike lanes in the city.

For the full story, visit cleveland.com